Liam Fox: Why we took action in Afghanistan, the implications of this defeat – and what we should do next 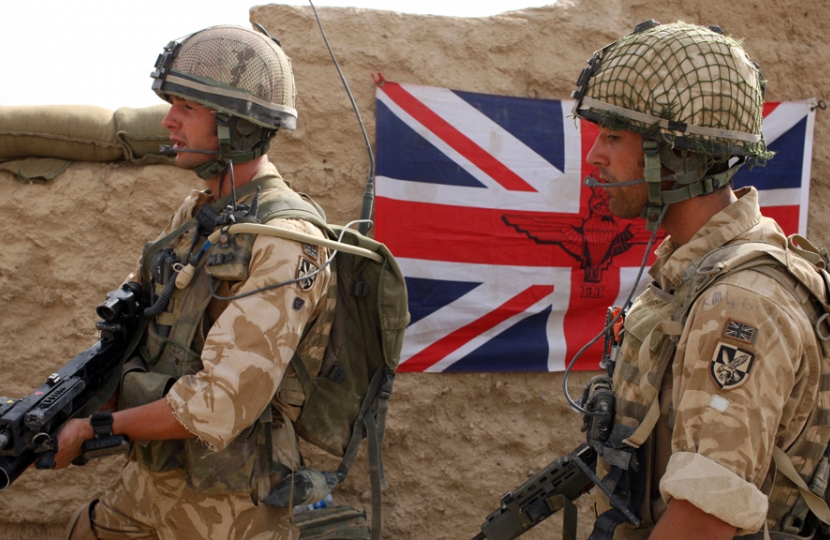 Liam Fox is a former Secretary of State for Defence, and is MP for North Somerset.

Recent days have seen depressingly numerous examples of history being selectively interpreted and rewritten in relation to Afghanistan. At the same time, numerous commentators and politicians have claimed to have anticipated an outcome, a rapid Taliban victory, which they clearly did not.

So how do we make sense of where Afghanistan is today, a tragedy backlit by defeat? Even the name, Operation Enduring Freedom, already exudes a sense of irony. The most obvious place to start is to remember why we went there in the first place.

It was not out of a sense of philanthropy or concern for the well-being of the people of Afghanistan themselves. It followed the 9/11 attacks on the United States by Al-Qaeda who had been given sanctuary in Afghanistan by the Taliban government and was a hard – headed response to threats to our own safety and security, particularly in the United States and its NATO allies.

The first question, therefore, to answer is – are we safer now than we were in 2001? The answer probably has two parts. Certainly, we were successful in deposing the Taliban Government and breaking up Al-Qaeda and its terrorist networks in both Afghanistan and some of its neighbouring territories. To that extent, we have probably been safer over the past two decades than when the twin towers of the World Trade Centre were attacked.

It is also almost certain that this period came to an end last week, and that in the future the risk to civilians in the West will increase, not least because 5000 of our most determined, vicious and extreme enemies have been released from Bagram Prison by the Taliban, including those who have committed beheadings and other atrocious acts of violence. The ostensible aim of the recent US Government policy was to stop Americans being killed.

Time will tell whether these policy decisions have increased or decreased that number, remembering that the total number of American citizens killed in the execution of Operation Enduring Freedom were 24 in 2009 and 11 in 2020. Two thousand six hundred and five US citizens died as a result of the single Al-Qaeda attack in New York in 2001.

Our wider security, too, is impacted by those in Beijing and Moscow who will see the US and NATO as having been defeated, or worse, surrendering in the face of the Taliban advance.

Interestingly, government spokesmen in Pakistan have said that they will not immediately recognise the Taliban government in Kabul, but will wait to see how allies such as China and Russia respond. Their choice of states in question speaks, worrying, volumes. It is hard to imagine the Taliban could have moved so quickly without Pakistani and Iranian help.

Another unappealing sight in recent days has been the number of those who claim that they knew that the Afghan state would crumble quickly. While there may have been a number of security scenarios that considered, at least theoretically, the possibility of a Taliban walkover, there were no serious political or media voices making that prediction a week ago.

There was good reason to believe that the training and equipping of the Afghan forces might produce considerable resistance to the Taliban. Despite Joe Biden’s statement that “The Afghan military collapsed, some without trying to fight”, it is worth remembering that 70,000 Afghan police and military personnel were killed in the battle against the Taliban and Al-Qaeda since 2001, compared to around 2300 coalition troops who sacrificed their lives. It was not just the 2500 troops who were removed under the US policy that caused the collapse in morale among the Afghan forces, but the rest of the 8000 allied forces and the 18,000 contractors who provide them with logistical support. It is this collapse in morale, perhaps even more than reduced capability, that has been the great policy miscalculation.

Quite rightly, given the previous record of the Taliban, many of the fears for the future centre around what the imposition of a hard-line Islamic state will mean for the people of Afghanistan themselves. While the building of a stable and democratic state with improved prosperity, human rights and rule of law were not the initial reasons for the initial deployment to Afghanistan, this became a key element in underpinning public support for the continuation of the mission. It was also a key justification for the sacrifices made in life and limb by the Armed Forces of the coalition, including British forces.

As one of the Defence Secretaries during the Afghan conflict who sent handwritten letters to the loved ones of those killed in action, and who visited many of the severely injured in hospital, including friends, I understand how totally raw their anger and sense of betrayal may be at the events of recent days. They will need additional support in the times ahead.

It is therefore imperative that we try to salvage the best that we can from the current position by putting as much pressure as possible, along with our international allies, directly on the Taliban government and indirectly through their allies. For example, any suggestion that States who are recipients of British aid are giving overt or covert support to the illegal regime should be met with immediate consequences.

In particular, we must ensure that the widespread human rights abuses, especially towards other religious groups and to the women and girls that were the hallmark of the previous Taliban government are called out loudly and publicly. This must also include the, often forgotten, broadcast and print media who enjoyed increased, if not complete, freedom under the democratically elected governments that were a result of the international intervention.

It is also our moral obligation to ensure that those who put their lives at risk in order to assist the coalition and build a better future for the fellow citizens (such as interpreters and other public servants) are given full sanctuary in the United Kingdom and other coalition states. That is, if we have not already missed the boat because of the miscalculations of recent days, and abandoned them, albeit unintentionally, to a terrible fate.

There has already been much handwringing amongst America’s allies about the crisis which they perceived to have been made in Washington. However true this may be in the short term, it exposes some other, more uncomfortable truths, for the partners of the US in NATO and beyond. It is particularly galling to hear complaints about being forced to “ride America’s foreign policy coattails” coming from those who have most opposed the build-up of alternative capabilities, within the NATO alliance. Many of the British and European Left who have most opposed increased defence spending and balked at sharing responsibility for international security are the first to bleat about having to follow American Foreign Policy.

The irony seems to be completely lost on them that those who refuse to build up their own security capacity will, in the end, find themselves more dependent on Washington rather than less. The fact that it was virtually impossible for other NATO allies to maintain a viable security presence without America makes it all the more galling that many wallow in high spending “big states” while expecting American taxpayers to fund global security.

What we are witnessing is more than a strategic setback, it is a defeat. We must acknowledge that truth. We must make sure that the Taliban understand that we will respond with military means to any increased security threat against our citizens and be very clear what the trigger points will be. We must ensure that we put in place whatever refugee policy we can to mitigate the damage already done and help those who put themselves in harm’s way for our sake.

And we must spare a thought for all our Armed Forces, their families and other civilians who will feel today that their sacrifices may have been in vain because they were not. For two decades they improved the safety of those at home and improved the lot of the people of Afghanistan. We must ensure that our response to this crisis leads to an increased willingness of leaders in the free world to make the case for spending and intervention in the cause of international peace and security.

That is the least that those who have made such sacrifices deserve.